I have been working in the world of conflict transformation and communication and have been understanding how I can challenge behaviour so that I have most chance of being heard. So that the ‘other’ will most likely want to change their behaviour which I am finding difficult.

I know when I label someone as a bully, bad, stupid, their immediate response is to be defensive or to attack. I do that as well.

When I describe the behaviour and share the effect of the behaviour on me, then the person has a choice to change and also will understand exactly what it is they are doing that is upsetting me. Our relationship may even be deepened through transforming this challenging situation.

I was at a conference yesterday and there was a group there who were using the language of blaming. I noticed how they were attached to being ‘right’ and making everyone else ‘wrong’. They were labelling some behaviour as justifiable and the rest as demonic. The effect was a huge chasm opened up between them and others. I left early so I am writing now on how we can move on together.

I have come to know that in difficult situations I can be violent, be unkind and hurt others. I know that when I empathise with others I realise that if I had lived their life I may have acted in the same way. This was tested recently when I was in Rwanda listening to the story of a Hutu man who had been caught up in the hate ideology and had been violent. After hearing his story I could empathise and see the potential is in all of to be behave in that way.

It is hard and yet possible to challenge behaviour without blaming or demonising. It requires me to give up my righteousness and to want to ‘teach’ the other a lesson. Change happens when we feel good about ourselves. Describing behaviour allows both of us to have dignity.

Change happens when I allow your truth and acknowledge your humanity.

I have a bully in me and that is the part I can change. 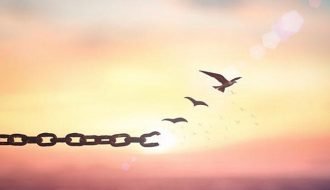 How can you maximise the gifts 2020 has brought you?